On April 21, 1986, television viewers in the United States all tuned in to witness one of the greatest and most successful events in television history. The host, Geraldo Rivera, opened the sealed, underground vaults of the infamous gangster, Al Capone, who had operated his illegal empire from the penthouse suite of the Lexington Hotel in downtown Chicago during the 1920’s. The program was a failure. It was also a really big success. The show was watched by 30% of all families in America and it kept millions of eyes fixed on the television commercials that are the real reason we have television.

Possessives and how to use them!

What is a possessive word? 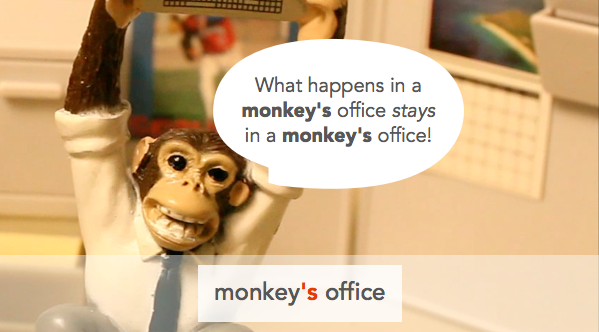 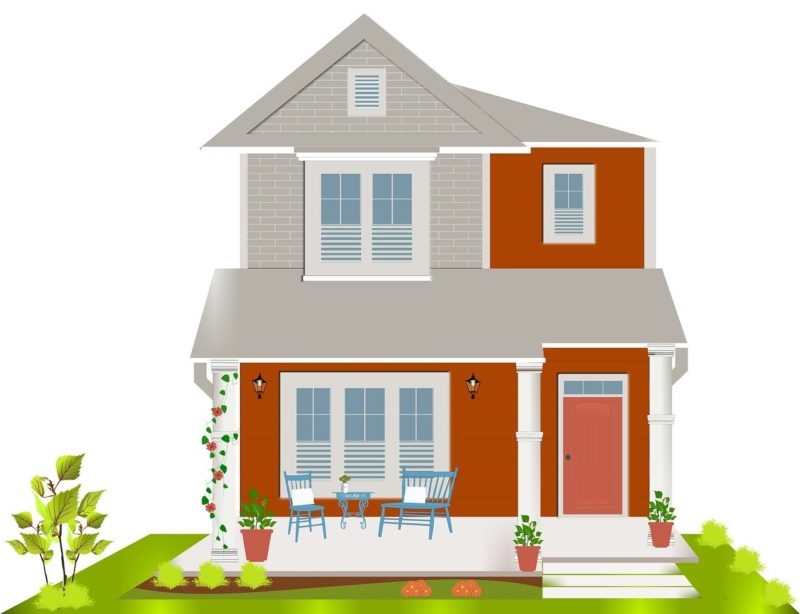 Gerard’s is a possessive word. The apostrophe and the S at the end of Gerard’s tells people the house belongs to Gerard.

Possessive words about more than one owner 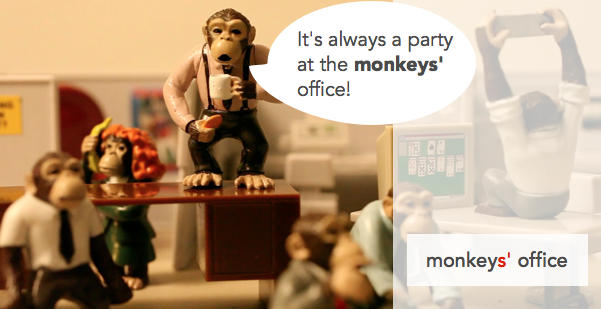 Here’s another example. If you want to write about the teacher who belongs to a group of students, you would write the students’ teacher. The apostrophe by itself at the end of the word tells people the teacher belongs to more than one student. 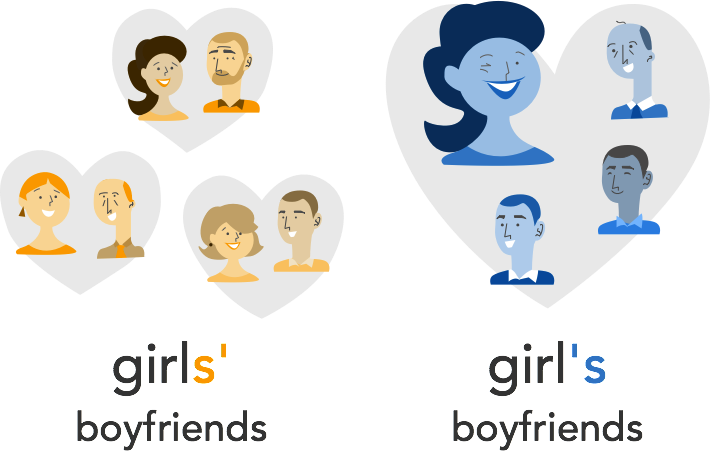 Plural words (words that talk about more than one thing) in English usually end with an S, but some words are exceptions to this rule, like children and mice. When a plural word that doesn’t end in S is also a possessive word, just add an apostrophe and an S at the end. For example, if toys belong to a group of children, you would write the children’s toys.

If you wanted to write about the holes that belong to a few mice, you’d write the mice’s holes.

By adding an apostrophe “s” after nouns, we show possession.

We use “of” to show possession.

Correct: The capital of Japan

Correct: The leaves of the tree

Correct: The name of the man

Sometimes we can use double possessives, like a friend of mine.

Both “of” and “mine” show possession.

We use apostrophes to show how possession related to time, distance, weight, and price.

I bought a kilogram’s weight of  sugar.

I have a dollar’s worth of candy.

If we already know the object of the sentence, we can omit the second noun.

Understand? Now it's your turn 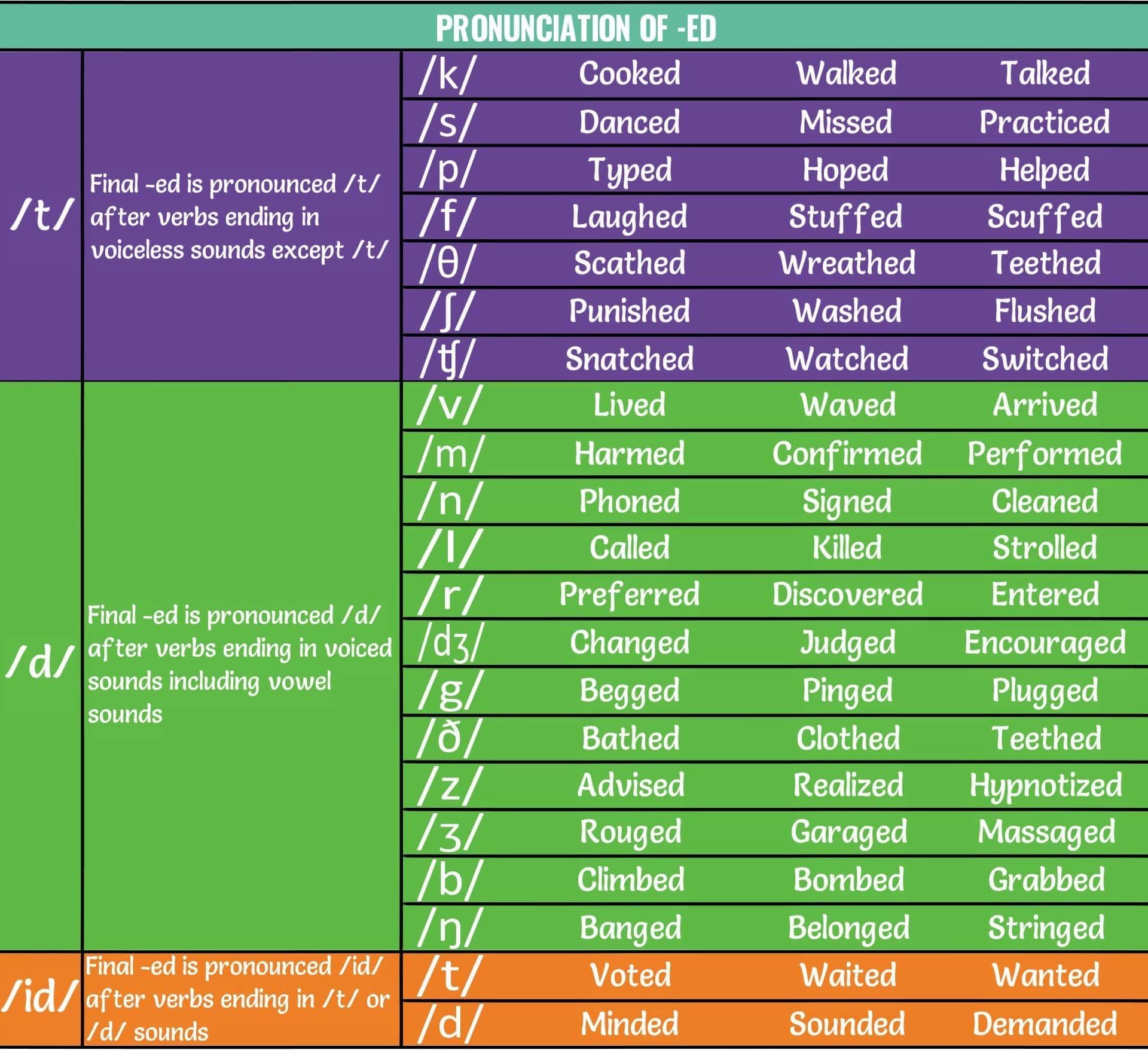 The regular verb is one which conforms to the normal grammar rules surrounding the use of verbs. In English, there are a huge amount of regular verbs, and its important to know what these are and the rules that they follow. This will help you to ensure that your sentences are grammatically correct and easy to understand.

In the English language, most regular verbs are turned into the past tense by adding ‘-ed’ to the end of a base form of the verb.

Learn more about Irregular verbs that do not follow the above rules.

For past tense pronunciation for regular verbs, the final -ed ending has three different pronunciations: /t/, /d/, and /id/.

Pronunciation of ED | The /t/ Sound

In this section, we are going to be presenting you with a comprehensive list of the regular verbs which can be found within the English language.

Past Tense Pronunciation for Regular Verbs | The /id/ Sound